Light Fidelity (Li-Fi) is a bidirectional, high-speed and fully networked wireless communication technology similar to Wi-Fi.  The operation of the Li-Fi technology is simple: You have a light source at one end like a LED and a photo detector – sensor – on the other end. The advantage of the Li-Fi technology is high-speed Internet access in areas where Wi-Fi is not easy to install. Li-Fi will not replace Wi-Fi in the coming decades, but instead the two technologies could be used together to achieve more efficient and secure networks. The target goal is to connect the entire world, and to achieve seamless and ubiquitous communications between anybody, anything, anywhere, anytime, through whatever electronic devices, services and networks. The Li-Fi or light-fidelity technology transmits data wirelessly at very high speeds with the use of light emitting diodes. Li-Fi is an important milestone in the history of information technology.

The Li-Fi technology uses LED-based room lighting instead of radio waves to transmit data. Li-Fi encodes data on the light coming from LEDs by modulating their output. A receiver on a desktop computer or mobile device can read the signal, and even send a signal back to a transceiver on the ceiling of a room, providing two-way communication. But many LEDs use a phosphor coating to convert blue light to white, and that limits how fast the devices can be modulated, holding down data rates. Now we can think of several LEDs of different colors flashing together and building the information message to transmit. The flashing of light is detected by the photo-sensitive detector or light sensor and it will receive the information.

How Can You Communicate Through Light ?

I don’t believe something like Li-Fi will happen. Do You have a television ? “Yes” then you must communicate with it through a remote controller . Hmmm… In 2011 was founded the Li-Fi Consortium, a leading group of international technology companies and research institutions in optical communication technology, devoted to introducing optical wireless technology up to multi-gigabit range and creating standardized solutions. The group is based on a collectively developed concept and roadmap to establish new wireless technology for the industrial market, which exceeds the abilities and qualities of wireless RF technology. As LEDs become a more common source for room lightning, they’re opening a pathway for linking mobile devices to the Internet, with the potential for wider bandwidth and quicker response time than Wi-Fi.

But How does Li-Fi Works?

For communication you need a sender and receiver sender sends Data translated in to frequency and  that reaches to receiver through any medium. Mediums may be wired or wire-less. In case of remote control medium is Infra red light: In case of WI-FI High frequency radio waves and in case of LI-FI they used Visible Light. Li-Fi was first demonstrated by Prof. Harald Hass, chair of mobile communications at the University of Edinburgh, at TED talk in 2011. Security is one of the benefits of Li-Fi technology. Li-Fi is a category of Optical Wireless Communications (OWC), which includes infra-red and ultra-violet communications, as well as visible light. The same visible light energy used for illumination may also be used for communication. In contrast with Wi-Fi signals which penetrate walls and ceilings, Li-Fi signals are confined to the illuminated area, providing a very controllable environment. The Li-Fi technology can be also used to extend wireless networks at home or office or to control traffic conditions into LEDs of cars or airplanes. However, the technology also presents some challenges, such as the requirement of a perfect light-of-sight to transmit data.

Why Li-Fi is Faster than WiFi?

The speed of your data can be state as the amount of data reaching you from server with respect to time. In case of Water pipes bigger the radius more the flow of water. That bigger radius in data transfer is stated as Bandwidth. According to science, Visible  light waves have greater bandwidth than infrared and microwaves. and not even harmful. Ultraviolet, X ray & Gama waves have way more bandwidth than visible light but they are harmful as well. WI-FI uses radio waves so it’s obviously faster. The Li-Fi technology uses communication protocols similar to the RF-band IEEE 802.11 protocols, with additional standards to eliminate the impacts of interference and impacts of ambient lighting. Data is transmitted by modulating the intensity of the light, which is then received by the photo-sensitive detector, and the light signal is demodulated into electronic form. The signals cannot travel through walls and are secure – essentially eliminating the threat of data being hacked remotely. That’s why the Li-Fi solution is of great interest to sensitive operations such as R&D, defense, banks and security systems. 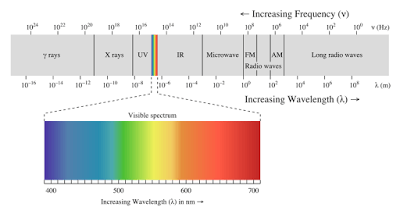 Related by TechCrunch: What is Lidar?

If Li-Fi technology can be put into practical use, every bulb can be used as an alternative to Wi-Fi hotspots. It provides simple, faster and efficient wireless data communication. Li-Fi will make us to proceed towards the cleaner, greener, safer and brighter future. Used in RF restricted environments like chemical industries, nuclear power plants, petrol pumps. In home and small offices, Li-Fi can be used to communicate with devices like 1) Laptops, 2) Internet access, 3) HD video streaming, 4) Printer. The whole airways communication are performed on the basis of radio waves. Hence passengers face the problem in communication media. This problem can be overcome by using Li-Fi, since light waves will not interfere with radio waves. The first VLC Smartphone was presented by Consumer Electronics in January, 2014. The phone uses Wysips connect – a clear thin layer of crystal glass is added to the small screens  Smartphone makes them solar powered. Smartphone could get 15% more battery life in a day. Data rate greater than 10 Gbps; Theoretically allowing HD film to be downloaded in 30 seconds. Can be used anywhere, even in RF restricted areas; Since light waves will not interfere with radio waves. Mostly LED light bulbs are used, which consumes less energy. Hence cost efficient. As light waves cannot penetrate through walls, the data cannot be intercepted; thus, Li-Fi provides secured communication. Efficient alternative to radio based wireless; since it is quick and reliable.

Building Consensus Around Your Ideas

Building Consensus Around Your Ideas