I saw this lady who was walking fine but upon seeing queue trying to board onto a plane to Islamabad from London Heathrow. The very next moment she would take a wheelchair to her benefit. She carries this one giant package mentioning her name Madiha Latif and her college name London School of Economics onto it. She turns out to open up a popular boutique. I will come back to this later.

Eight years back I joined Pakistan Votes, an anti-democratic Facebook Page with a disguise towards democracy. At that time I admit that I had joined the bandwagon of pseudo-liberalism and so-called “Enlightened Moderation”. As the premier of Pakistan narrated in his UN speech, much like anyone, youth had no other space left to ostrich in order to protect ourselves of the aftermath of Islamophobia.

This particular page keeps on highlighting issues of sensitive nature. Examples, molestation of Zainab, killing of Namrita, appeal of Asia Bibi, suicide attack on Maulana SamiulHaq, Women Harassment such as by Mohsin Haider Abbas, Hijab case and above all blasphemy law. But mostly to mould mass opinion into one of theirs.

[The Case of Zainab] Islam is the only Rescue against these Monsters
Page’s Ideology which they promote:

Their mocking attitude is and has always been symbolic of those who do not have their faith in democracy. Pakistan Votes’ drawing room style agenda pushing “ahini haath” brings out differences, divides the nation on petty issues. To add more, they pursue enlightened moderation sorts of concepts while camouflaging the real political aspirations that gross in democracy. I fear Pakistan Votes is just another name to the booton wallon k brats that features “tesri quot” to accomplish their endeavors. Where there is Fauji soch there is Shia element. Who needs a threat from outside the borders, when their incitement of troubling matters at testing times (when they are most vocal) becomes the greatest threat to Pakistan.

In a most recent encounter, they posted and I quote:

“Blasphemy hurts the feelings of Muslims.” So we will punish anyone who hurts our feelings by sentencing them to death. Because our feelings are more important than a human life.

The question is the death penalty by law. Lynching someone to death is not being discussed here or is it?The love for the last Prophet of Islam, Muhammad SAWW is paramount. According to the above rationale, the admin of the page thinks it is tolerable to let people commit blasphemy. I think capital punishments exist for a reason. I am not certainly giving them a death penalty. It is the constitution of Pakistan. Since, trail by courts and death penalty for blasphemy according to penal code 295 C is part of the constitution article 10A. If the state misjudges, let it be caught. A state does Kafara (a sacrifice to rectify a mistake) for its crimes in that respect. But that stops remote traces of someone morphing their insensitivity into a sensitive society based on varying moral belief systems. Apparently a person who seeks forgiveness after committing blasphemy is: 1. accepting that they did commit it; and 2 if it were not intentional no sane mind (given that they seek forgiveness) would commit it intentionally.

Happiness is not the absence of problems; it’s the ability to deal with them. — Steve Maraboli

Can you measure the extent of trauma it brings? The mental torture ruin lives of families. Admins of Pakistan Votes may please visit Madina. There they will find people from the very low strata of life coming to pay homage to our beloved Prophet SAWW and demonstrate their utmost love for him. Oops, they can’t go there. Despite, in a recent post, the page is audaciously happy that Saudia (their definition of Wahabbi-ism) is open for tourists and female tourists can to roam around without a Hijab. But they too can not go to Mecca or Madina as part of their visit visa.
Two days back the Prime Minister of Pakistan presented a very honorable stance where he felt Muslims get hurt whenever someone disrespects our holy prophet SAWW. Also, he together with premiers of two independent Islamic countries have pledged to start an English televised media channel to shun hatred against Islam. I guess it is right time PEMRA take notice on hatred that is sprung through social media to demean a popular faith binding. Imran Khan insinuate on what actions make people resent which makes everything out of control. So bringing the issue of abortion of the sated law just a day before his speech on this page is; superfluous, agenda-based and not in fact meant in good will in the best interest of this country. As long as the state doesn’t detour from the preamble, people should not create a havoc to get the dissolution of any act by moulding public cognition but by being part of the parliament and raising the concerns from that platform alone. Hence, Pakistan Votes.

However, the page hosts two extreme audiences. Those in favour, mostly, Syeds and Ahmadis. And the rest of us with the rebuttal. I think the Syeds of Pakistan are the most God-fearing or misguided youth. Because Shaitan attacks the most to people who are near GOD. Usually, those who are opposed to the page’s overwhelmingly side taking are subjugated into a Maulvi-who-did-this. They are found quoting Prophet’s life while aiming to believe themselves as super human beings. I think Zorays Khalid is the only person who does not know about the garbage lady. The biggest betrayal is to think from the shoes of the Prophet and not acting upon his decorum in the fair bit essence of the word. They mock our feelings under the guise of Freedom of Speech. And may later call it a Freudian slip. Our civil society is very wise. It comes up with the strongest comebacks and condemnation.

Meanwhile, the page has removed my comment (please help me find it) which declare the ease of comfort from liberalism to conservative school of thought ranging from extreme left to the most fundamental (Shias, Braelvis, True Moderation, Deobandis, Ahl-Hadees). And each of the people’s right to protect their like-mindedness. This does not equate Islam. A lot people have left the page with utter respect! We do not have to leave before exposing such people. I also consider, if admin’s job is to influence the masses then its medium should be urdu not angraizi. Which has been the case. Reckon that it won’t be a big achievement to attract those already following the your page since they have access to internet!

My takeaways from this page:

These people are afraid of Islam because they are afraid of peace. They want to accept Israel on account of failing economy of Pakistan. Shia-Ahmedi bhai bhai (Liberalism). They are full of hatred for democracy (Read a post on Musharraf’s tout Sameera Malik). Because mostly army is composed of Shia seniors and alleged Ahmadis. I really don’t understand how does a discussion pop up regarding qadiani. Yes, the word is qadiani after every 20 odd days. Qadianiat can and never be a part of Islam. If this is to be accepted then they have all the rights that are to be given to any other minority.

And yes, the lady mentioned above is the strongest proponent of this vested agenda based page. She is a brat and they sponsor this hypocritical page. 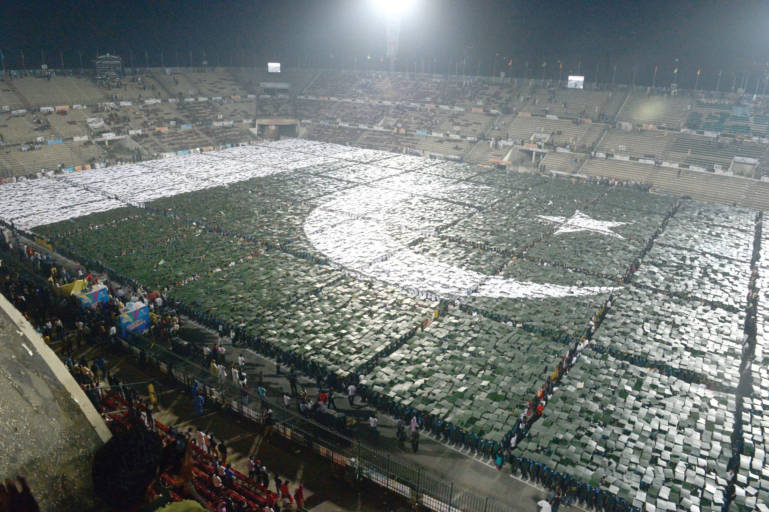